I’d never heard of the word scanxiety until I was diagnosed with breast cancer and started talking to the breast cancer patient community on Twitter. I didn’t understand it. Until it happened to me.

There are two types of scans that breast cancer patients have. The first is their annual mammogram to check that they don’t have a recurrence or a new cancer in their other breast. Waiting to get the results from any mammogram is awful, but once you’ve had breast cancer, you really don’t want to get it again. It routinely takes about 2-3 weeks to get a letter with the results, and the waiting is awful. I had to have an MRI last year as well, because my original cancer didn’t show on a mammogram and my breasts were still dense, so double the waiting and double the fun. Thankfully they were both clear.

But there’s another type of scan that most of us will have at one time or another. My oncologist called it the ‘reassurance package’ and for most of us it will be. I was discharged by my surgeon and oncologist in July last year, and it was very scary. It’s now up to me to monitor my body and try to work out if any symptoms I have are things I should be worried about.

Round 1
I first had a really bad headache and a very tender spot on the top of my scalp, together with some fullness below my collarbone, where the original cancer extended up to. I felt very embarrassed going to see my GP. I felt I was wasting everyone’s time, but it’s so hard not to panic and think the worst. The GP was great and referred me back to my oncologist for scans – a bone scan and a CT (hence the reassurance package), and luckily they were normal. The fullness disappeared, and the headaches went away. In hindsight I had probably banged my head on one of the low beams in my house and had forgotten about it.

Round 2
I had another scare towards the end of last year when I noticed a lump on my reconstruction. I couldn’t explain it. I was certain it couldn’t be a recurrence because it wasn’t a nodule in the skin that I had seen before in patients, and I’d had radiotherapy after my surgery, but still I was anxious and a little bit terrified. The ultrasound was normal and my surgeon took a small biopsy of the nodule. This was risky, because the implant lies directly underneath the skin and the risk of infection (and therefore losing the implant) was high. Again, the biopsy just showed a thickened fibrosed capsule, and that was the end of that. But I remember how I felt on the morning of the appointment to get the results. Sick to my stomach. I was late meeting my husband in the waiting room because I was having diarrhoea. It’s not something I want to repeat.

I have nodes
And here I am today. Worried again. To quote one of my favourite films from all time, Pitch Perfect (that got me through chemo), “I have nodes”. In the back of my neck, on the same side as my cancer. Now the rational part of me is telling me that it can’t be metastatic cancer. I had radiotherapy to the nodes above my collarbone. I had a bad cough at Christmas. Surely that’s the explanation. Except my radiotherapy was delayed for 3 months because of my cording, and the nodes seem to be getting bigger, and are now visible. 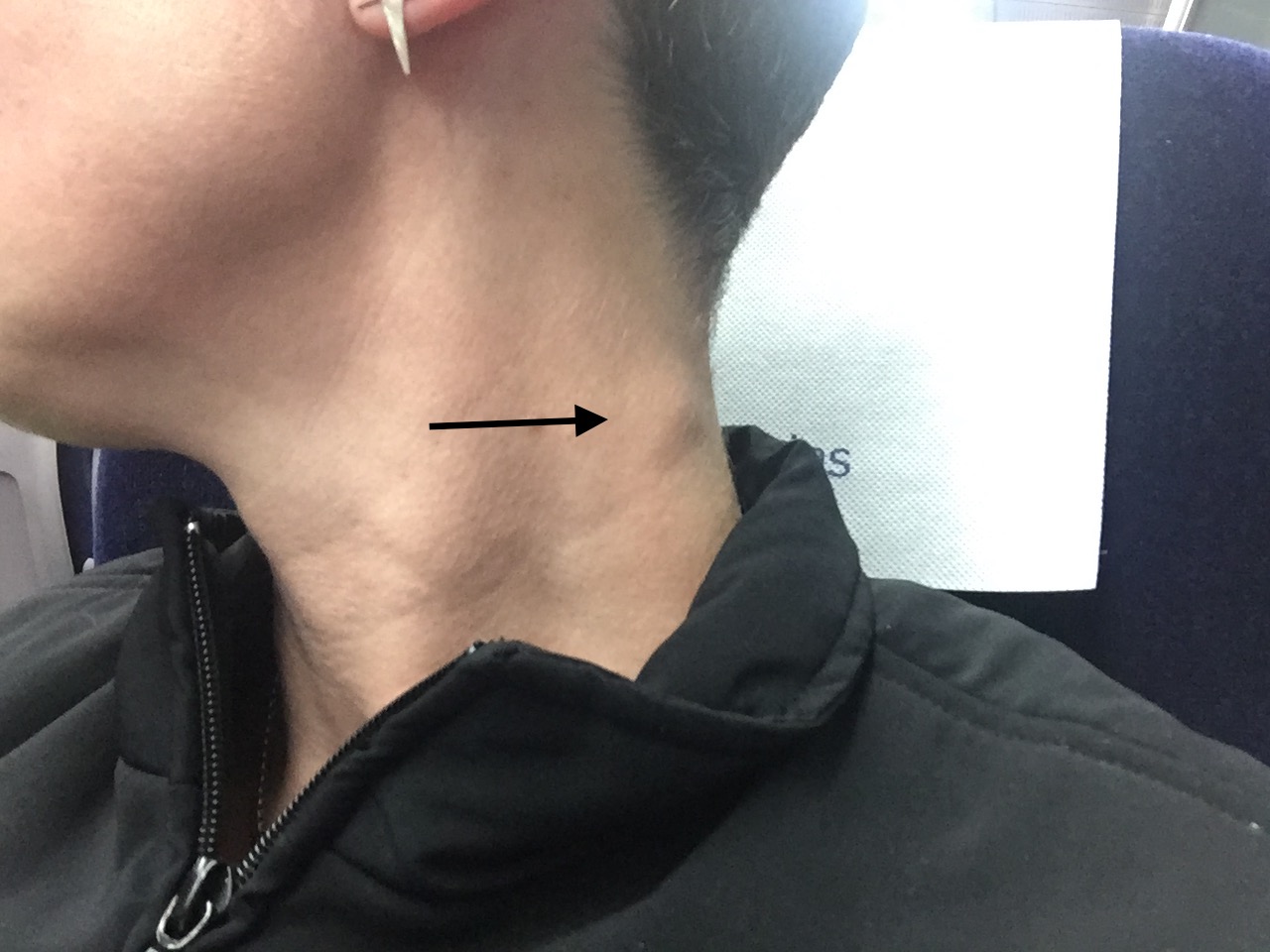 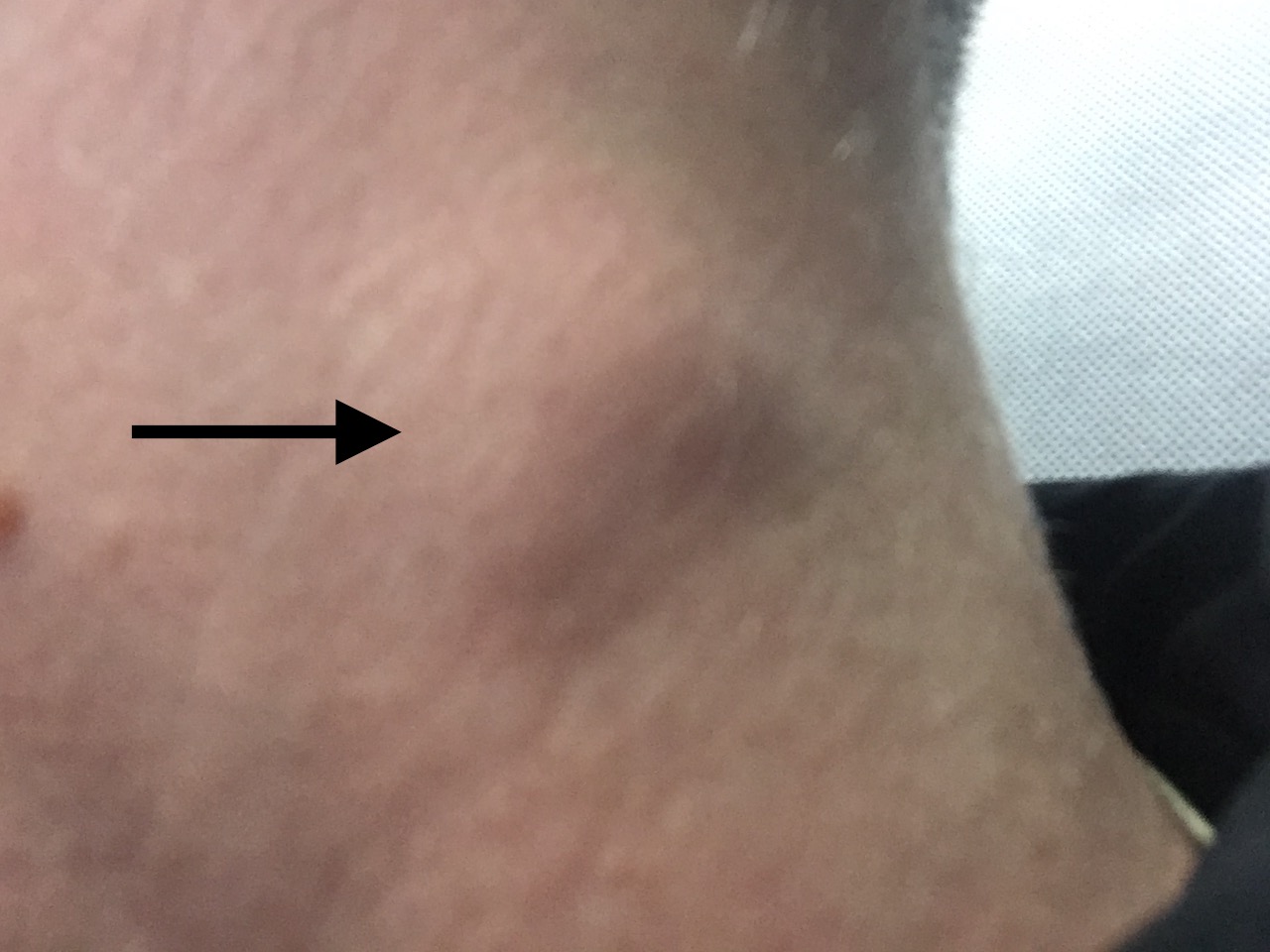 Half the people I tell say not to worry, and the other half ask me why I’ve waited two weeks before mentioning it and why I haven’t seen my GP yet. It’s very hard when you’re a breast surgeon and a breast cancer patient. I don’t want to abuse the system, and I’m trying to be good and follow the advice I give my patients – wait 2-4 weeks, and if you can’t explain the symptoms, go and see your doctor.

I’ve got an appointment to see my surgeon on Friday to discuss further surgery on my reconstruction as it’s becoming increasing painful thanks to the capsule formed after radiotherapy, and I will mention it to her then. But the waiting…with the internet at your fingertips… There’s only one word for it – Scanxiety.