Going to the Mensroom

Home » Going to the Mensroom
Previous Next

Going to the Mensroom

The weekend after my night in hospital was spent sleeping and resting and swallowing tablets – something I hate having to do. I was also getting constipated again which made me feel very miserable, so I was also taking 2 sachets of Movicol a day to try and get things moving.

I woke up on the Monday feeling like a different person, and was yet again amazed how I could feel so different overnight. My brain cleared and I had a bit more energy, although I was exhausted after even gentle exercise. I still had incredibly painful hands and very dry, numb skin on my fingertips. Dermot was getting used to being chief opener of any bottle. It was even becoming a struggle to lift the lid on the shower gel. And the altered taste, yes that was also sticking around. Who needs to enjoy food anyway? 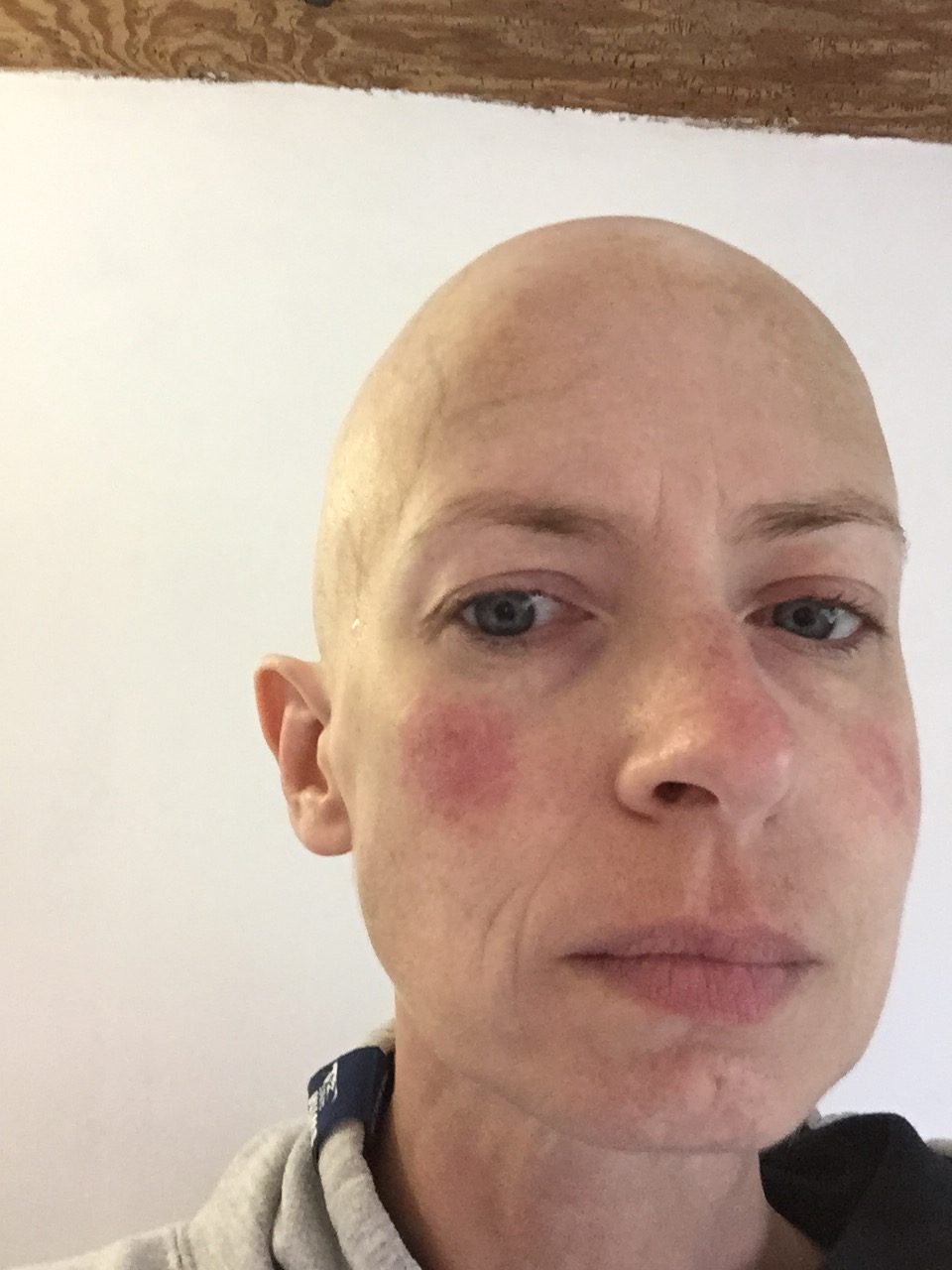 I had developed a new side effect from the chemo – flushed, rosy cheeks. But not where I’d want them, like perfectly applied blusher. This is more ‘I’ve been drinking 10 pints a day for the last 20 years’ rosy cheeks. And although I drank my fair share at Med School, I didn’t deserve this! It was very hard to stop myself in bulk buying cover-up and concealer to try and tone them down. But the thought of slathering my poor dry skin in chemicals got the better of me. 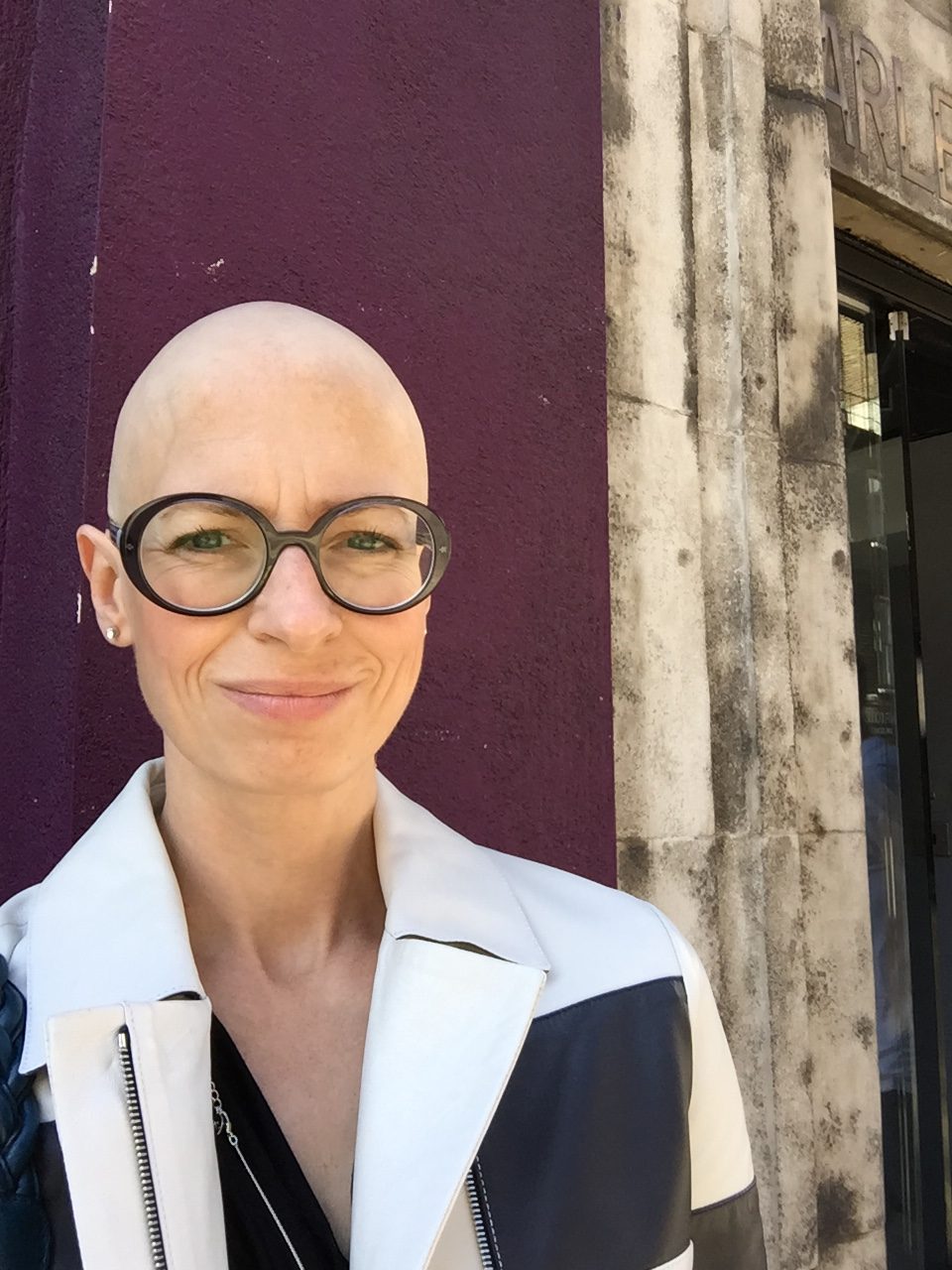 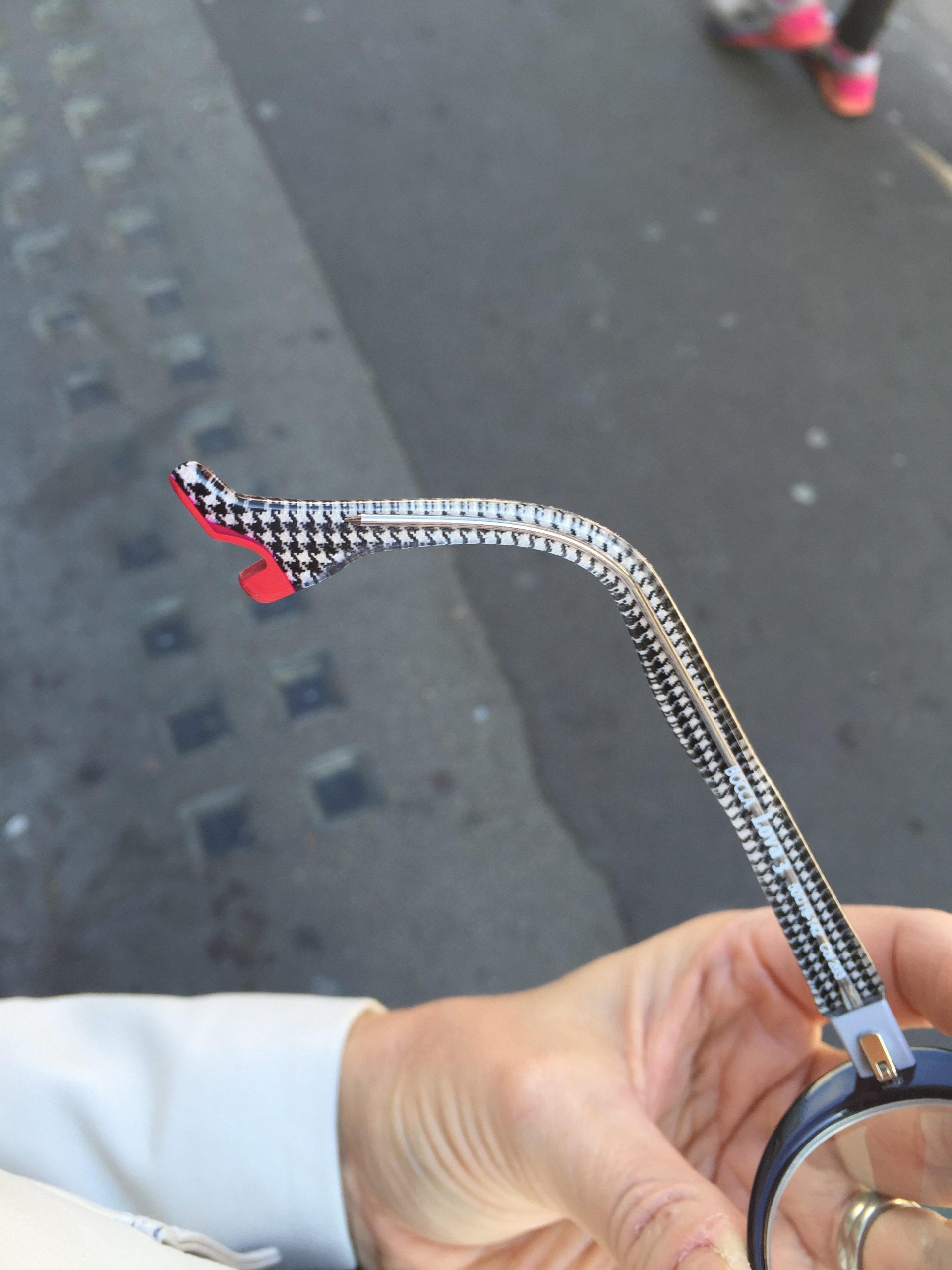 I went to London to meet Sarah, one of my junior doctors from when I was at the Marsden, for lunch at Dishoom, and was able to show off my new specs that I had just picked up. They will take a few days to look normal in the mirror, but I love them. I feel a lot more confident walking around without a hat when I have these glasses on. Steenie at The Eye Company was lovely as ever, and after mentioning me to a friend of his, she’s decided to get glasses instead of a wig when she goes through chemo.

Massage
I was finally able have a massage, as my oncologist had sent me a letter to say it was OK. My therapist Sharon at SK Clinic and I got a little teary, as she has been treating me for several years, but she was amazing, as always, with her magic hands. For an hour I could just switch off, just be ‘me’, and let someone else look after me. It did me the world of good.

A Proper Turkish Head Shave
I’d had the bright idea to get my head shaved in one of the Turkish barbers in Bury St Edmunds. I was getting annoyed with my stubbly scalp. A quick twitter poll said that Celik’s Mensroom were the best. Dermot was fab, and booked both of us in – him for a cut and me for a shave. It was like being let in to a man’s inner sanctum. The guy shaving my head was brilliant and I didn’t feel odd or that everyone was looking at me. 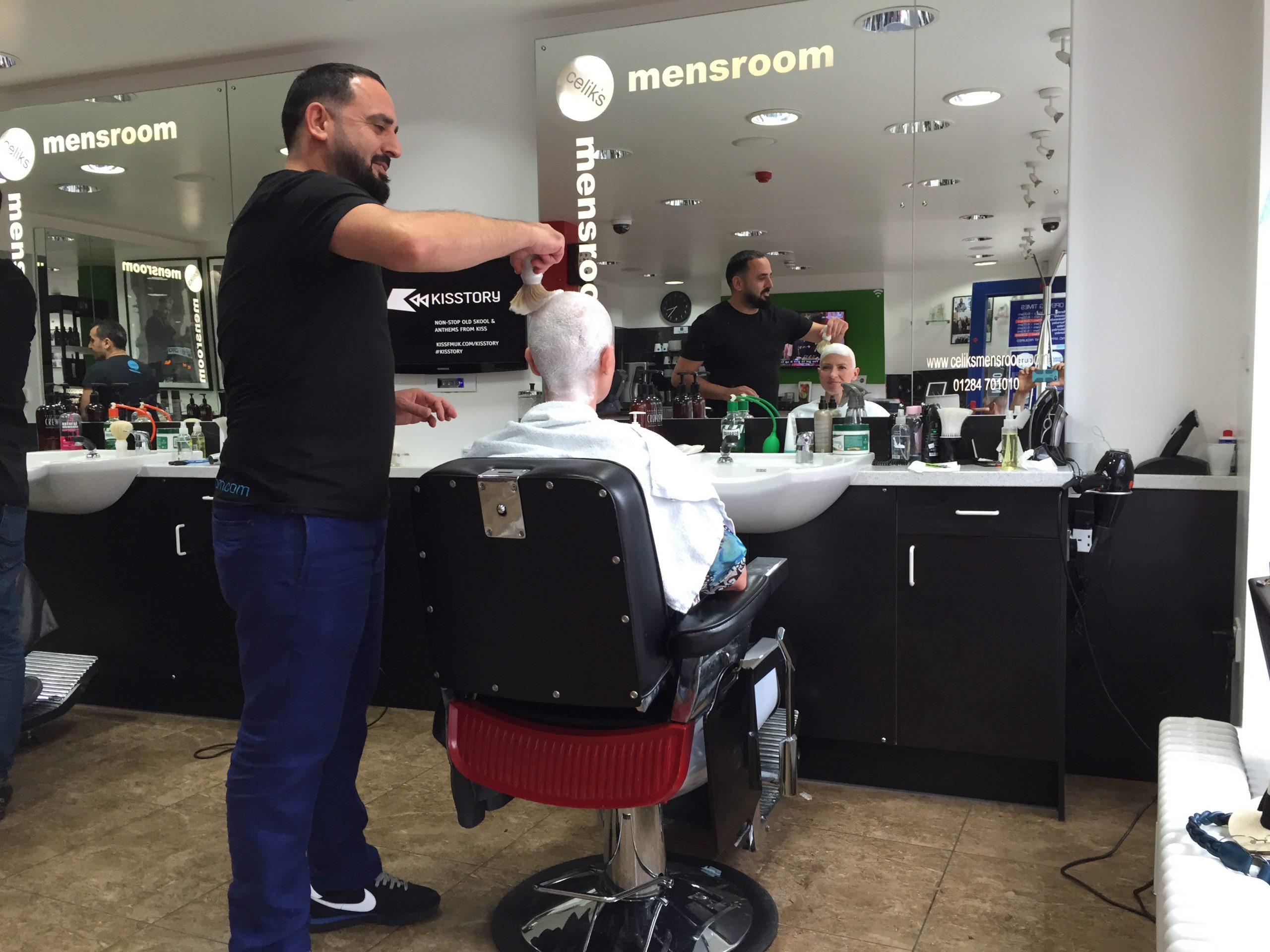 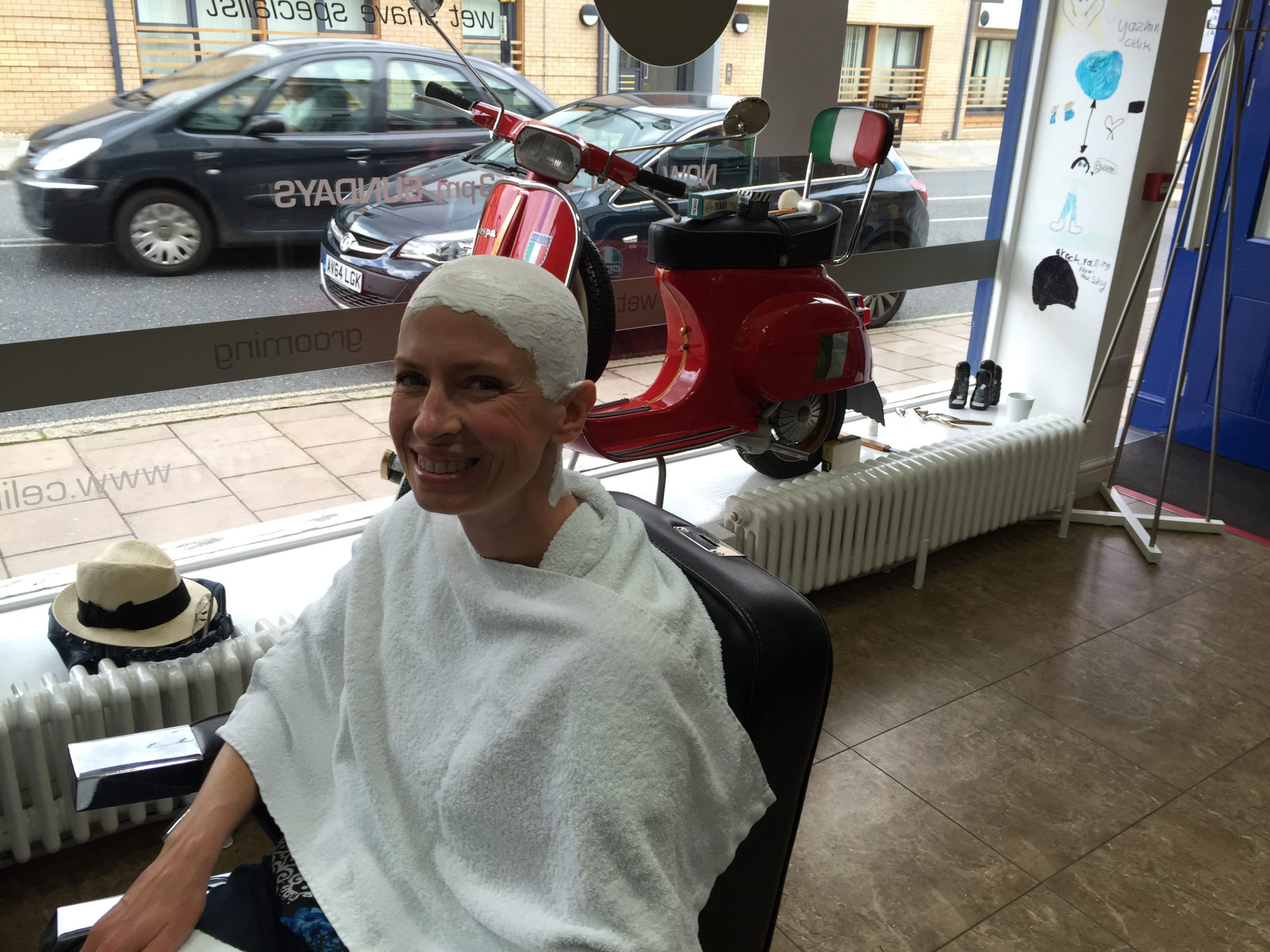 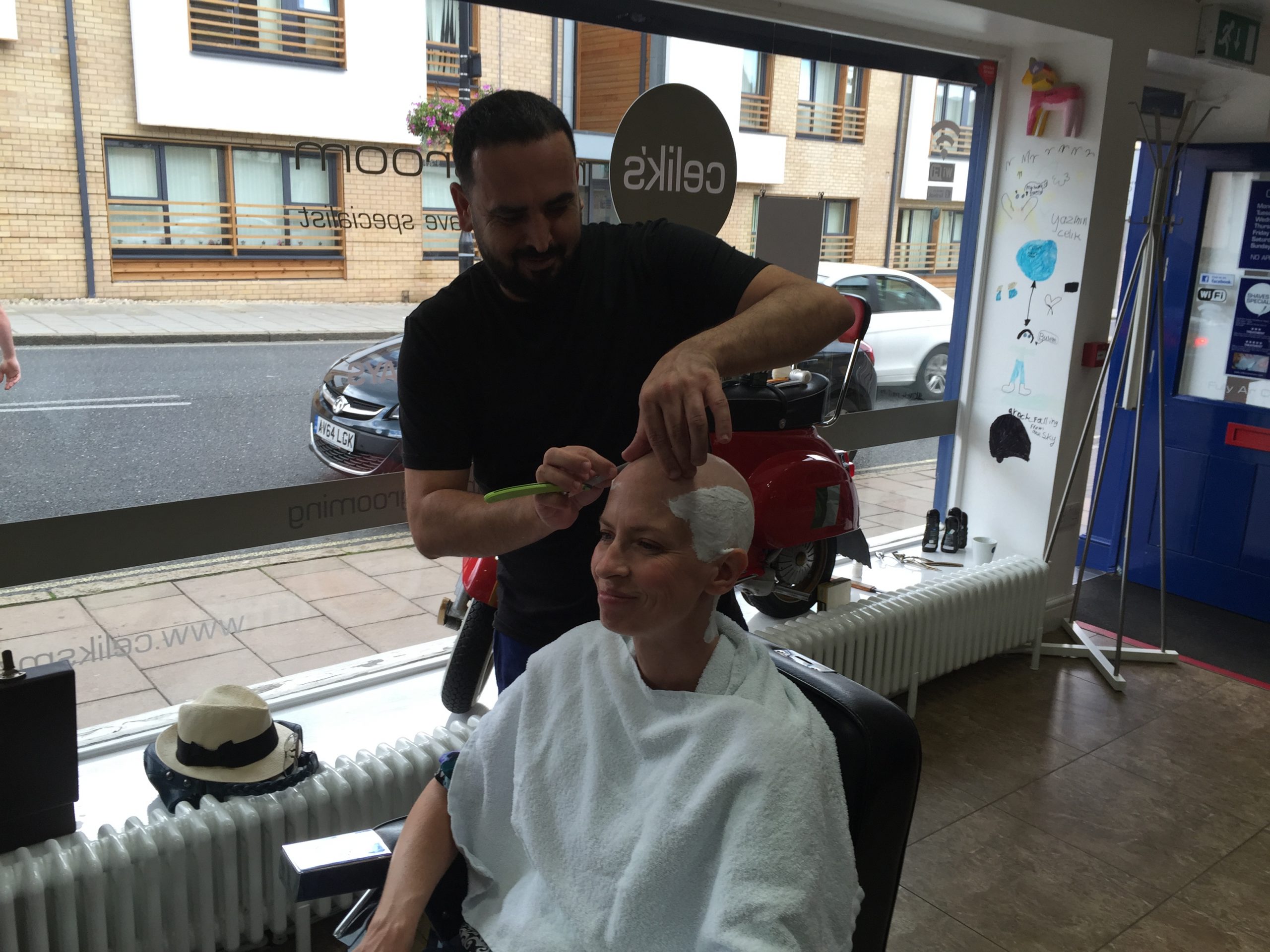 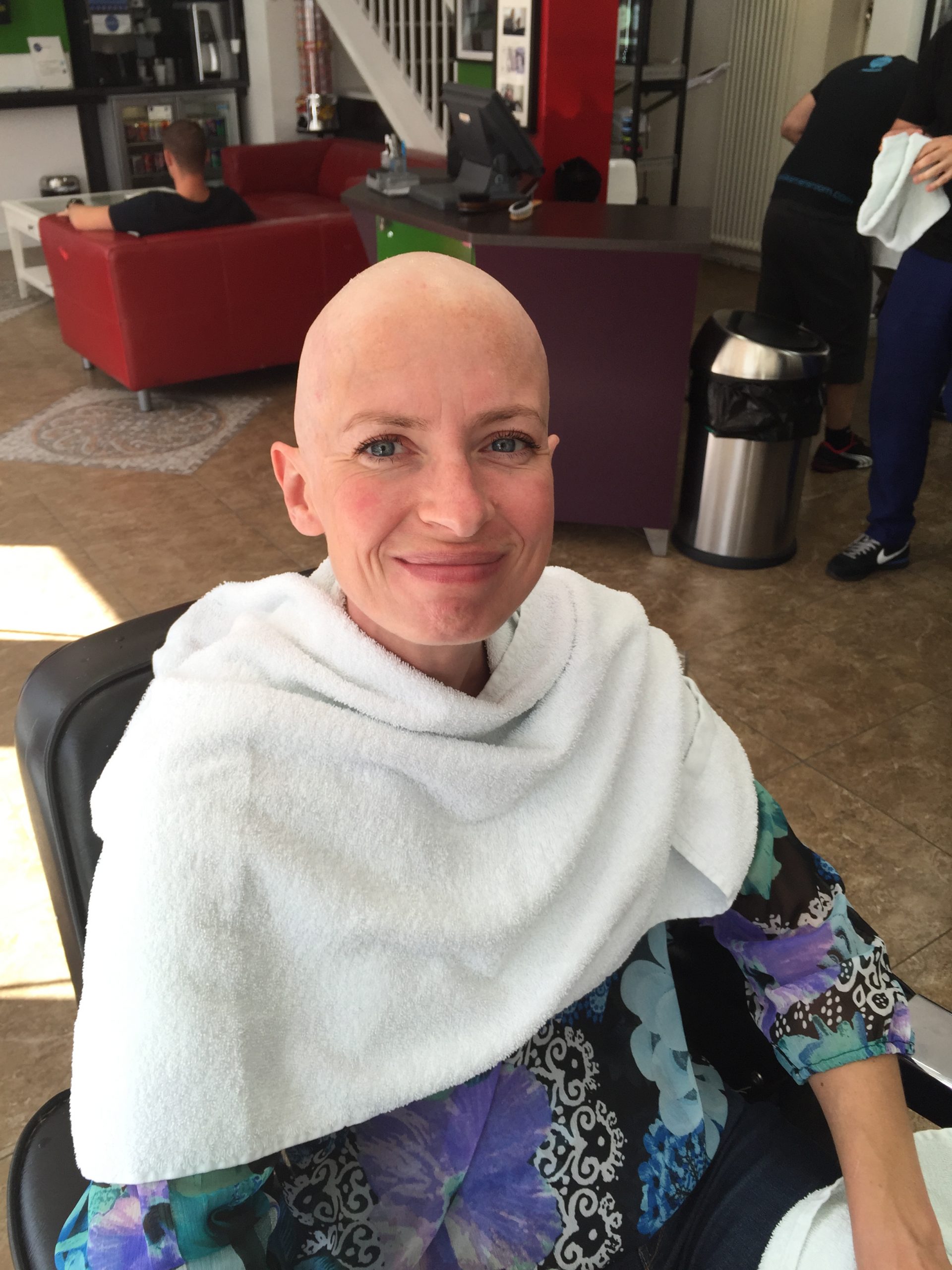 The ritual of cleaning and flaming the razor, and the lotions and potions and hot towels and cold towels and balms – it’s so much more involved than a woman’s hair cut. I loved every minute of it, and would thoroughly recommend it to anyone who’s lost their hair. I couldn’t stop stroking my head.

Glitter and Sparkle
I’ve kept in touch with one of the theatre nurses at West Suffolk, Heather, since I left the first time in 2008. I must admit I didn’t recognise her the first time I saw her with her clothes on (in theatre we all wear scrubs and hats so you don’t know what peoples’ hair looks like). It was at a Christmas party, and she had a head full of multi-coloured hair sprayed with glitter, with sparkly false eyelashes, looking truly fabulous. 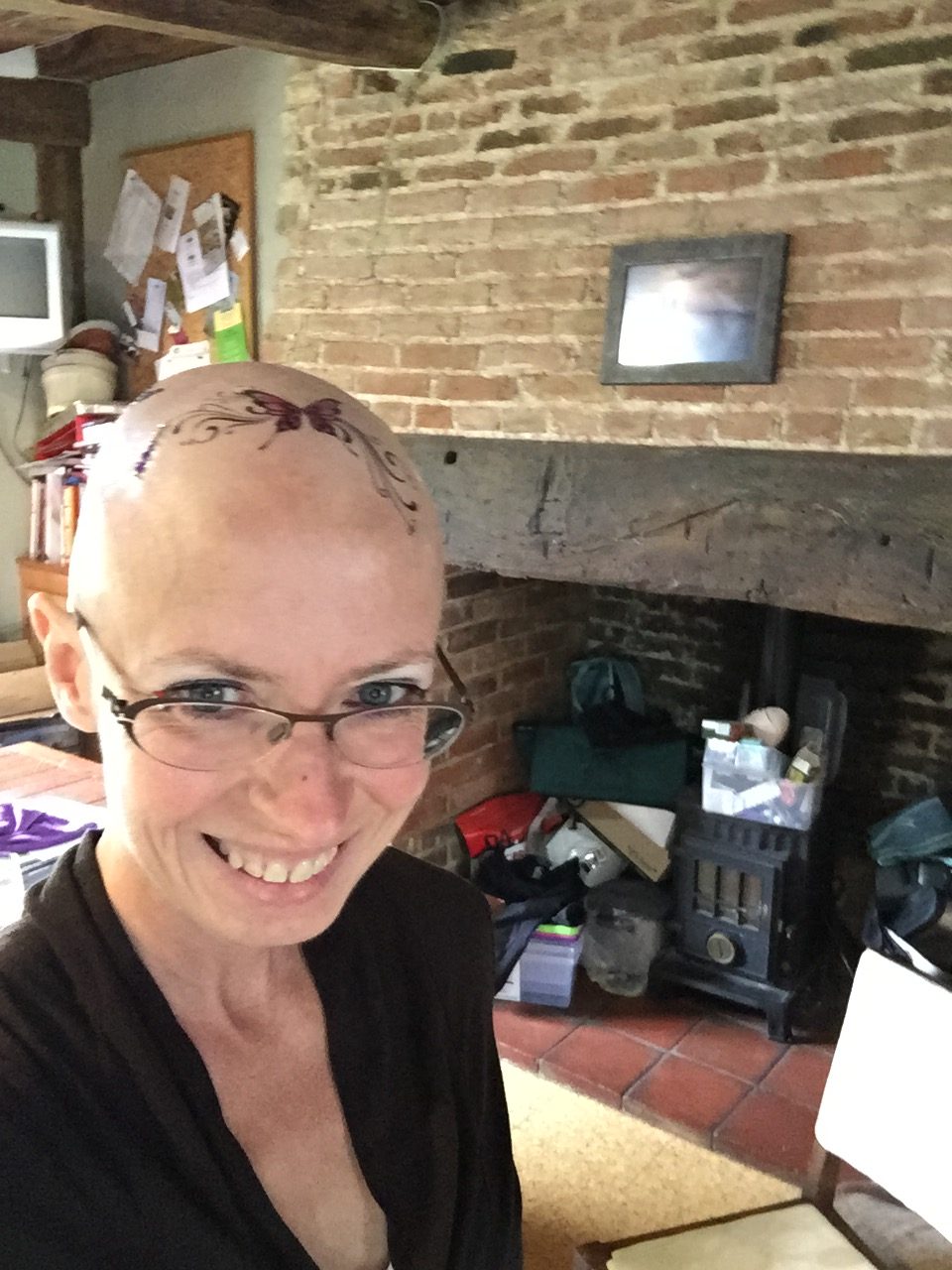 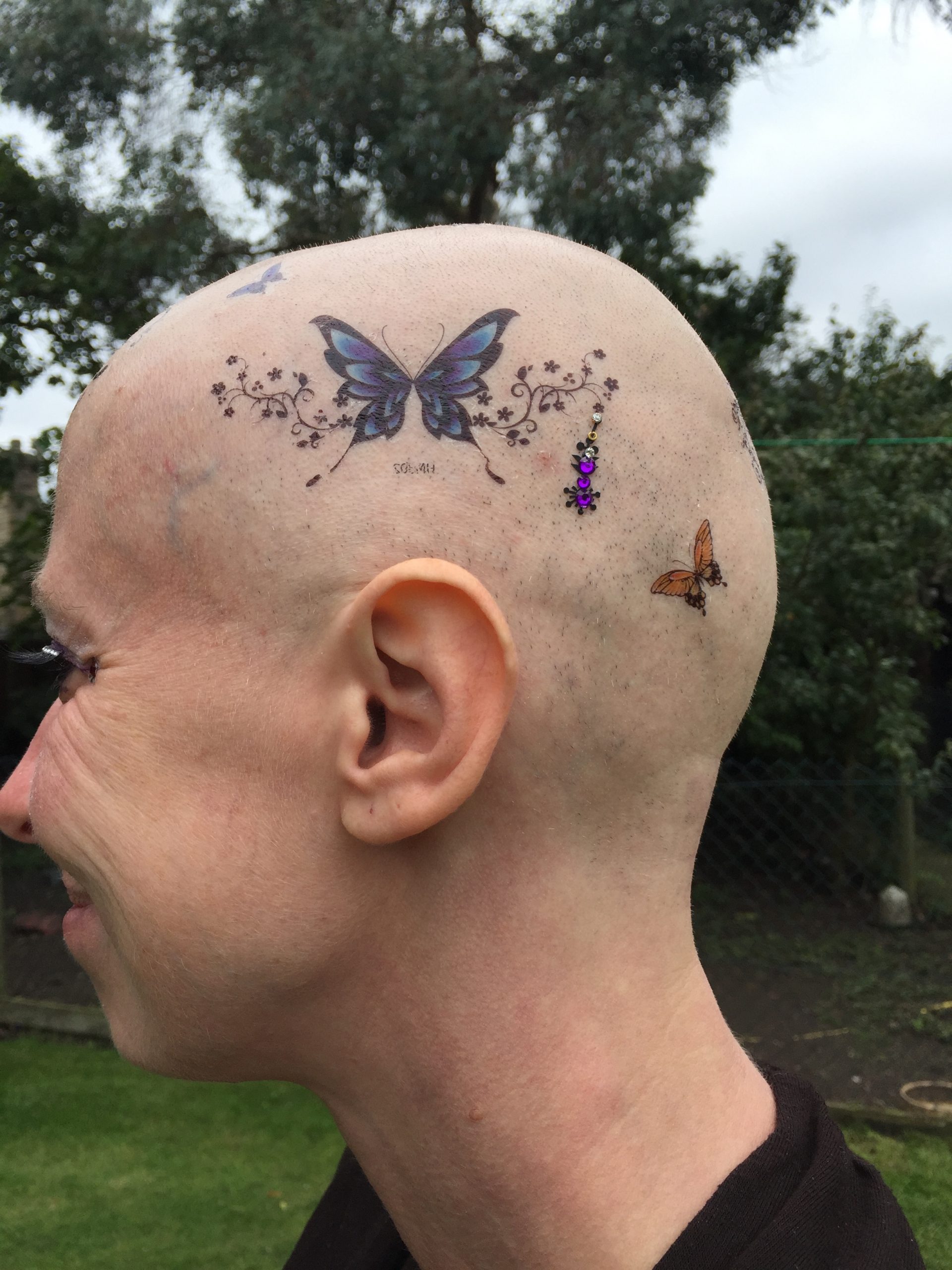 She had promised to come and glam me up once I had gone bald, and I couldn’t wait. We had such fun covering my head in temporary transfers and sticking on glittery eyelashes – and so many people thought the tattoos were real. When I did the park run the next day, a couple of the kids commented on my butterflies! They lasted for 4-5 days, even with showering and sleeping, and I’m on the look-out for some more.

At the end of the second week, I saw my oncologist, and was relieved to learn that my blood count was normal, especially after my spell in hospital. The tumour clinically is shrinking a little, and the new laxatives had finally worked. I told her what a difference swapping the bone-marrow injections had made, and wished that everybody could have these instead of trialling the daily injections (although everyone has different symptoms). We agreed that I could stay on the one-off injection for the duration of my chemo – phew. And then all I had to do was to turn up to my next cycle of chemo.

And that is the very, very hard part. You know that you have to go to the hospital to have a treatment that is going to make you feel like shit. Why would I want to do that? Why can’t I just stay at home. Its even harder because I have to take myself to chemo, and my inner toddler was seriously considering throwing a tantrum. Still, after the next lot I would be halfway, and I would be done with Docetaxel.